Thanks so much for checking out my website and my blog.  It is my intention to inspire athletes and everyone else to take control of their health and to make the best decisions that they can to stay injury free, be healthy and happy and enjoy life more!

I have just returned from my adventure to Ireland where I helped my Aunt get to the finish line of her first marathon.

A couple of years ago, she decided that she wanted to run a marathon for her 60th birthday and I was very excited to be a part of such an amazing journey for her. We decided to go somewhere fun and settled on Ireland for 2010.

I thought that the completion of this fabulous 42.2km (26.2mile) event was a great place to start my blog world 🙂 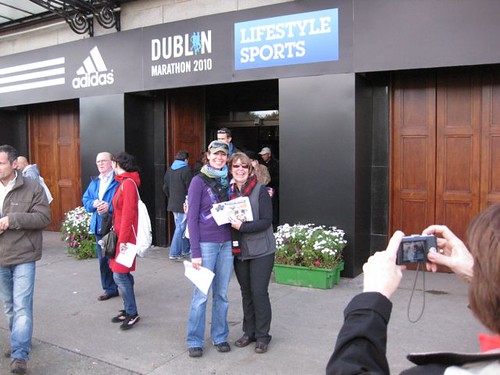 The race was the Dublin Marathon and it was held on Monday October 25, 2010 which started off a bit chilly but ended up as a lovely sunny day. We stopped on the way to the start line at the statue of Molly Malone to get some ‘Malone’ energy for the big day.  It was neat to see the statue and hear the song that I’ve been singing since I was a kid but substituting in my own name. 🙂 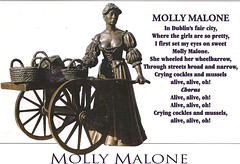 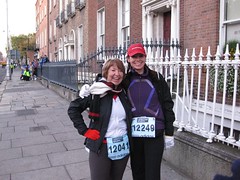 At 9:00am after a powerful rendition of the Irish National Anthem we were off and running along with over 10,000 other people. 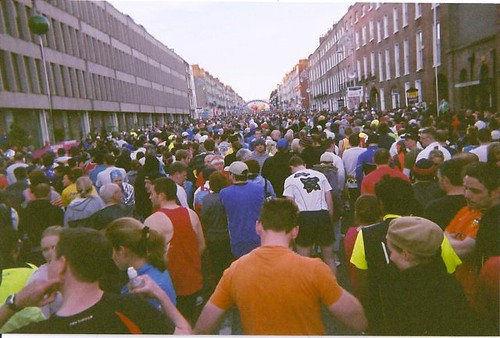 The winner of the race finished in just 2:08:58. Wow! Aunt Gerri and I were at around 16km (10 miles) at that point. We are pacers…not racers 🙂  At the halfway point there was a pub called the Halfway House, which I’m sure wasn’t a coincidence but in either case was awesome. 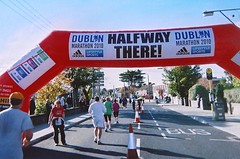 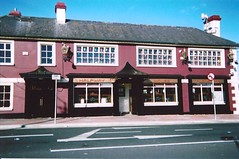 Aunt Gerri’s legs were not in a cooperative mood that day and I had to get creative to find a few spots along the way to do some Active Release Techniques treatment on her legs and knees. She kept smiling and after 30km there was no doubt that she was going to make it. 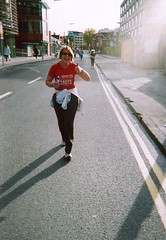 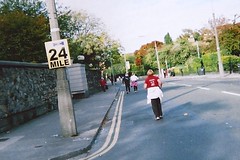 Now for those of you who have done a marathon distance in the past, you may be thinking, wow that is a really long time and that is not a very good time….

Consider this…Moses Kangogo Kibet from Kenya who I mentioned finished the race in 2:08:58 had taken a shower and a nap and probably had a lovely lunch by the time we got to the finish line. He had hoards of people cheering him on every step of the way.

It’s a whole new kind of hard core to go over 6 hours. Aunt Gerri finished as they were starting to pack everything up, to a crowd (awesome as they were to wait for the stragglers) that was a fraction of the size that cheered Moses in. She made it there in just under 3 times as long as Moses, which in my estimation means that she is (at least) 3 times as hard core

I mentioned the crowd. For the whole race, there were people cheering and clapping and small children offering fruit and candy as well as plenty of high fives. Aunt Gerri received a Canadian flag from our cheering team with about 1km to go and she and I carried it proudly to the finish line. There was so much amazing cheering “Go Canada” as we went the last few steps. 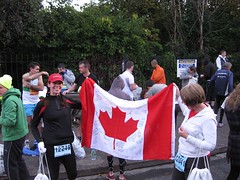 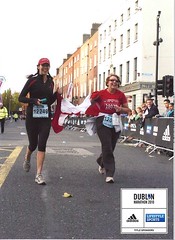 I’m so excited and proud for Aunt Gerri to have achieved this amazing goal. She seems to think that she won’t do that distance again but I have encouraged her not to rule it out 🙂 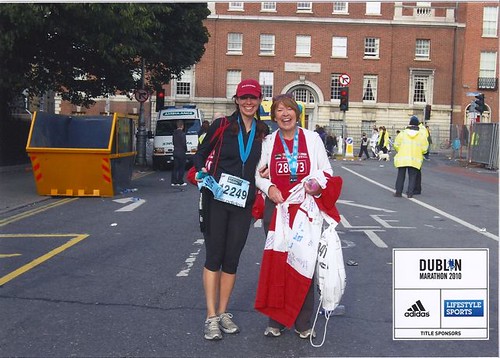 It was an incredible marathon experience for me, at any speed. 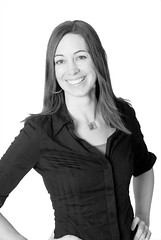 Stretch Your Calves: Why This Is So Important for Everyone
Book Report: Spark by John J. Ratey, MD. - 013
What Excuse is Keeping You From Your Goal?